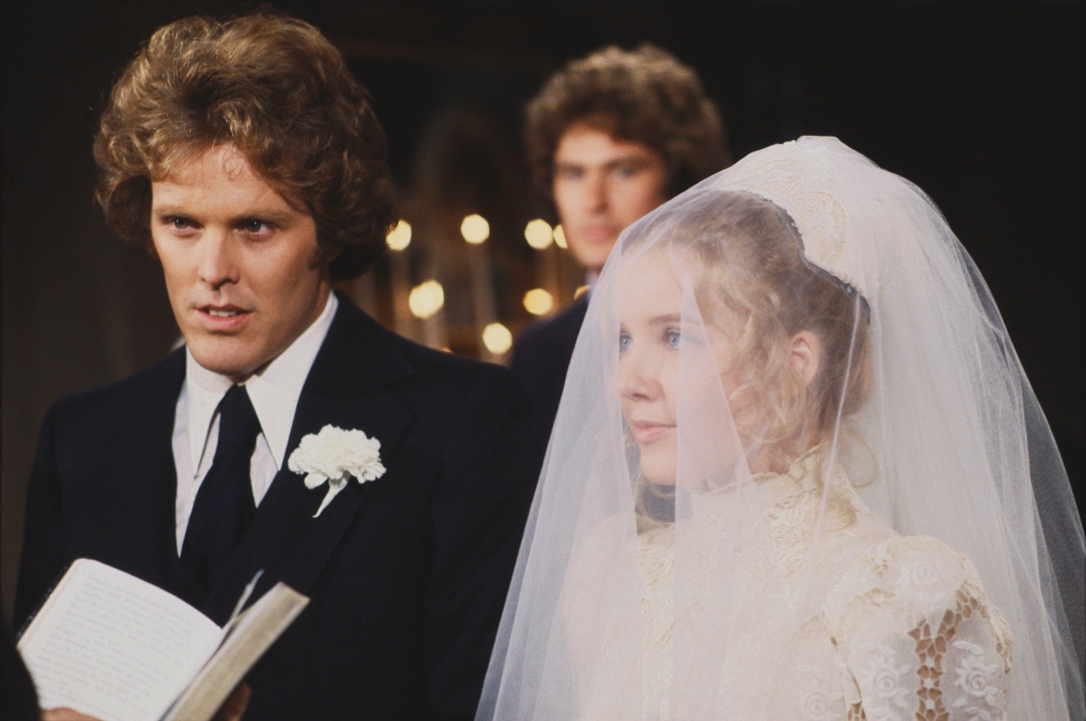 Although Katherine was once again living as Derek’s wife, she worried that he would eventually leave her. To keep Derek tied to her, Katherine appointed him head of Chancellor Industries.

Leslie gave birth to a healthy baby boy, which she named Brooks. Leslie’s family, meanwhile, was baffled by her strange response to being a mother. Leslie eventually realized that she was suffering from exhaustion. This was brought on by her efforts to keep the truth from Lance about their child, and her strained marriage to Lucas, which she considered a charade. Although Leslie appreciated the support that Lucas gave her, she realized she didn’t really love him. Leslie made arrangements to leave town. She left Brooks in Lance and Lorie’s care. Shortly before Leslie’s departure she had an unsettling confrontation with Lorie, who correctly surmised that Lance was really Brooks’ father. Leslie was so traumatized by the confrontation that she suffered another nervous breakdown, which resulted in complete amnesia. Wandering aimlessly through Genoa City, Leslie found herself at Jona’s Bar. Jona, the owner, was immediately drawn to Leslie, who identified herself as Priscilla. As Leslie became more comfortable in her new surroundings, details of her former life slowly began to return. Jona promised to help Leslie reclaim her former identity, even if it potentially meant losing her. Meanwhile, Lance and Lorie quickly adapted to their parental role and soon considered Brooks their son.

After losing Leslie, Lucas turned his sights on Casey, who was making great strides in recovering from her troubled childhood. Casey was also trying to emotionally detach herself from Snapper, whose wife, Chris, had returned to Genoa City. Chris was interested in resuming a relationship with Snapper, but she had allowed too much time to pass without any contact between them. When Chris realized that Snapper was involved with Casey, she introduced herself to the new woman in her husband’s life. Since Snapper couldn’t decide which woman he wanted to see exclusively, Chris and Casey jointly decided to cut off contact with him until he was able to make a decision.

Casey’s sister, Nikki, who was not charged with killing her rapist dad, and Nikki became involved with Dr. Scott Adams. Casey was thrilled that her sister was dating a doctor because she hoped it would bring stability to Nikki’s life. At first, Scott did have a positive impact on Nikki’s life. She enrolled in college and she no longer had a desire to be promiscuous. As time went on, however, Nikki had difficulty committing to a healthier lifestyle and reverted to her former self-destructive behavior. It pained Scott to see Nikki behave that way and he broke off their relationship.

Police officer Carl Williams and his wife, Mary, found themselves trouble by their adolescent son Paul’s rebellious attitude. Like Nikki, Paul was also promiscuous. The two quickly engaged in a steamy affair. But with Paul, Nikki got more than she bargained for. He gave her gonorrhea. Soon after, Paul set his sights on April Stevens. That affair left April pregnant.

Katherine Chancellor eventually replaced Derek Thurston as head of Chancellor Industries with Victor Newman. Katherine immediately saw her profits skyrocket. Victor was a ruthless and cunning businessman with a strong competitive streak. But Victor’s wife, Julia, viewed him as cold and distant. He stayed late at the office, rarely phoning to say when he’d be home. On the few evenings that he did arrive home at a reasonable hour, Victor barely uttered a word to Julia. Even though she’d been Victor’s wife for several years, Julia felt as if she was married to a stranger. Feeling isolated and lonely, Julia turned to Katherine’s son Brock for friendship. Julia found Brock’s warm nature, which was in stark contrast to Victor’s coldness, appealing and it wasn’t long before she was interested in more than just a friendship with him.

Casey continued to work with Snapper at the clinic, where Greg was also contributing his legal services. One day when Nikki stopped by the clinic to see Casey, Nikki met Greg. She was instantly attracted to him. They began dating. Eventually, their involvement developed into serious love and they made plans to marry. But Nikki was still deal with the emotional aftermath caused by killing her father, which led her to question her self worth. When Paul learned of Nikki’s plans to wed Greg, he tried to stop her. But Nikki insisted that she loved Greg and Paul settled for being good friends with his former lover.

Meanwhile, married life proved too dull for Nikki, who decided to pursue a modeling career as a way of bringing excitement into her life. She soon signed with “La Plus Belle Rose,” a modeling agency run by Rose DeVille. It wasn’t long before Nikki discovered that Rose’s models didn’t specialize in walking down runways or posing for fashion shoots. Their main source of income was prostitution. By the time Nikki figured things out, however, she was in too deep to simply walk away. Rose arranged for Nikki to meet with a client in his hotel room. But when the man tried to pressure Nikki into having sex, she ultimately resisted. The man chased Nikki around the hotel room and suddenly collapsed from a heart attack. In a panic, Nikki called Rose, who arranged for two thugs to carry the client’s body to a nearby alley and ditch it. A street kid named Tony stumbled upon the body and went through the corpse’s pockets in search of a wallet. The police spotted Tony and booked him for murder. Ironically, Greg was appointed Tony’s public defender