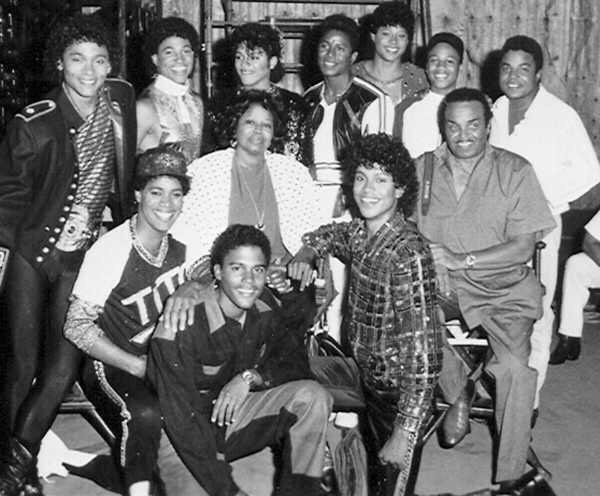 Deepak Choprah introduces Grace Rwaramba to Michael and she is hired as a secretary at MJJ Productions.

January : Michael is on the cover of Rolling Stone magazine.

Anton Furst, the director of MidKnight commits suicide which puts the film on ice.

January 11 : Janet is presented with the Chairman’s Award at 24th Annual NAACP Image Awards at the Wiltern Theatre in Los Angeles.

January 14 : “Remember The Time” is released as the second single from the “Dangerous” album.

February 2:  Fox, BET & MTV simultaneously premiere the 9 minute short film for “Remember The Time”. It peaks at #3 on Hot 100 Billboard.

While in NYC, Michael spends time with the Cascio family.

February 5 : Michael is in Washington D.C to receive a Lifetime Achievement Award from NABOB (National Association of Black-Owned Broadcasters) Reverend Jesse Jackson present him the award.

February 10 : Michael departs from Los Angeles for a one week tour of Africa (with Brett Barnes)

February 11 : Michael is welcomed by 100 000 people when he arrives in Libreville in . President Omar Bongo presents him with a Medal Of Honour at the Ambassador’s Hall in the Presidential Palace.

February 12-18 : The town of Oyen welcomes Michael and he is crowned “King Of Sami” by tribal chief Amon N’Djafolk.

In Dar-Es-Salaam, Michael is the guest of President Ali Hassan.

February 19: Michael arrives in London with Brett Barnes and they check in the Dorchester Hotel.

February 20 : Michael appears on the cover of Jet magazine with Eddie Murphy & Iman.

February 25 : LaToya is in Paris to announce her upcoming revue at Moulin Rouge.

March 6 : LaToya performs her own revue, ‘Formidable’, at the Moulin Rouge cabaret in Paris.

March 16 : Michael is on the cover of Jet magazine with an interview in Africa.

March 29 : Michael films the video for “In The Closet” directed by Herb Ritts and featuring Naomi Campbell. He has dinner with the winner of a MTV Contest.

During the filming, she shares an appartment with her friends Tina Landon,  Tish Oliver & Jossie Harris.

While in Chicago, Michael visits Macauley Culkin on the set of “Home Alone 2”.

May : The single “Someone Put Your Hand Out” is released in Europe as an exclusive Pepsi promotional single, to promote the upcoming Dangerous World Tour.

Michael is on the cover of Ebony magazine.

May 1 : Michael is in Washington to accept a Point Of Light Award from President Bush. While in Washington , Michael visits a little girl, Raynal Pope, who was mauled by dogs.

May 6 : Michael covers the funeral costs of Ramon Sanchez who was killed by a stray bullet during the LA riots.

June : Michael rehearses for his new tour & shoot the video for “Who Is It” (directed by David Fincher)

“The Jacksons An American Dream” mini series is filmed at Hayvenhurst.

June 3 : Michael goes to Manhattan in NYC to attend “One To One” gala where he is awarded for his charity work. And then he goes to Tavern On The Green and Plaza Oak with Donald Trump & Elizabeth Taylor.

June 18 : “Dancing The Dream”, a book of poetry & essays from Michael Jackson is published by Doubleday.

June 23 : Michael arrives in London to hold a press conference about his Heal The World Foundation (he takes Brett Barnes with him on tour)

June 25 : Michael films the video for ‘Give In To Me with” Slash in Munich .

June 26 : Michael presents a cheque to the Mayor of Munich for the city’s needy children at the capital’s City Hall.

June 27 : Michael kicks off the Dangerous World Tour at the Olympic Stadium in Munich, Germany.

July : The new Jackson/Pepsi commercials “Dreams” & “I’ll Be There” are aired on TV.

“The Best Things In Life Are Free”, a duet between Janet & Luther Vandross is released and becomes a big hit even though Janet does not appear in the video.

LaToya is on the cover of Ebony Magazine about her new life in Paris performing a revue titled “Formidable” at the famous Moulin Rouge Cabaret.

LaToya leaves Paris and goes back to New York. She was to perform two shows a night, six nights a week and was the highest paid performer in the cabaret’s history earning a reported $5 million. Though Formidable was successful, selling out on most nights, LaToya departed half-way into her year-long contract owing the nightclub $550,000 in damages.

July 4 : Last day of filming for the “Poetic Justice” movie.

July 13 : The “Who Is It” video is premiered on BBC2 but Michael withdraws it the day after.

July 29 : Michael arrives to the Queen Elizabeth Hospital for Children in London with Mickey & Minnie characters! Later he checks in the Dorchester Hotel.

August 31 : “Who Is It” is released in Europe as the 5th single from the “Dangerous” album

Michael phones to Ryan White’s mother during her appearance at the Maury Povich US TV Show.

LaToya is spotted at Savoy Hotel in London.

Janet and Rene Elizondo participate to “Earthwalk” in L.A.

When Randy learns about it, he flies to Colombia and take Alejandra back to California with their children Genevieve & Randy Jr.

October 4 : Five hours before Michael is due to perform in Istanbul , the concert is postponed. Michael goes to London.
October 5 : Michael consults a Harley Streetspecialist regarding throat problems.
On doctor’s orders Michael has to cancel the remaining of the European tour in order to rest.
October 6 : Michael flies back to L.A and goes back home to Neverland.
October 10 : Cable TV network HBO broadcasts another version of the Bucharest concert earning the highest cable TV ratings in history!
November 14 : Michael is on the cover of TV Guide.
November 15-18 : The Jacksons-An American Dream is aired on ABC. This mini series about the Jackson family produced by Jermaine & Margaret and becomes a huge success.

November 23 : “Heal The World” is released as the 5th single from the “Dangerous” album .It peaks at #27 on Hot 100 Billboard.
November 24 : Inside a hangar at New York ’s John F Kennedy Airport , Michael witnesses the loading of 43 tons of medical supplies flown by Heal The World & Americares.

December : Janet & Rene arrive in Minneapolis so start the recording sessions of Janet’s next album. They stay at Jimmy Jam’s home.

While taping an Exotic Club Tour in Minneapolis Latoya visits Janet, also in town recording her album, to ask for help in escaping Gordon. Janet gets mad at La Toya, accusing her elder sister of recording their conversation

Michael arrives in Tokyo, Japan and checks in the Capitol Hotel.

December 24-31 : Janet & Rene leave Minneappolis and fly to Anguila for the holidays.

December 26-28 : Michael flies to Nagasaki-Ken to visit the amusement park Huis Ten with Tito’s children, the 3T.
December 29 : Michael returns to Disneyland Tokyo with the 3T.
December 30/31 : Last concerts of the first leg of the Dangerous tour at the Tokyo Dome with Slash playing the guitar!
Previous year : 1991
Following year : 1993