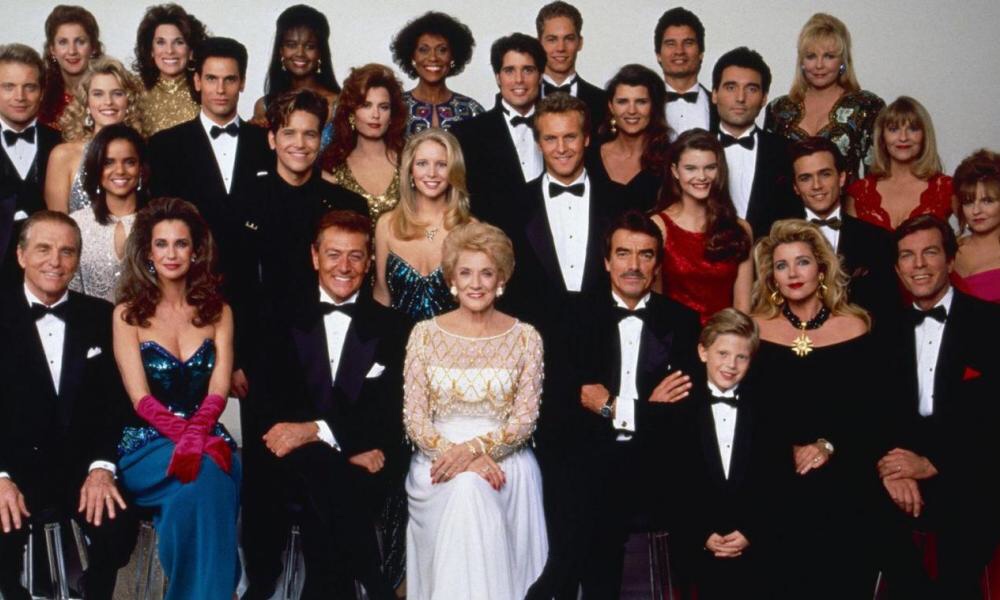 -Dina Mergeron (for a few months)

As 1991 began, Cassandra Rawlins slipped Brad Carlton a potent drug that rendered him unconscious. She then flew him to Las Vegas, where a groggy Brad married Cassandra in a quickie ceremony. Brad finally regained consciousness and found himself in bed with his new wife, Cassandra, at a resort in Aspen, where they were stranded because of a snowstorm. Brad was livid. He had a pressing appointment with his ex-wife Traci. When Brad and Cassandra returned home, Traci was heartbroken to learn of her ex-husband’s new marriage. Brad eventually convinced Traci that he didn’t love Cassandra.

With Traci’s help, Brad finally managed to get out of his unusual marriage. At the divorce hearing, Brad and Cassandra agreed to part amicably without laying claim to each other’s financial interests. Immediately after the hearing, Cassandra rushed off to see her former boyfriend, Paul Williams. Before they could connect, Cassandra was fatally struck by a truck. At the reading of Cassandra’s will, Paul was surprised to learn she had made him her sole heir. However, before Paul could celebrate his becoming a multi-millionaire, an unexpected turn of events took place. The judge who presided over Brad and Cassandra’s divorce died before he had signed their papers, which meant that Brad was the legal heir to Cassandra’s fortune.

A pregnant Lauren was infuriated to learn that Sheila was also pregnant with Scott’s baby. When Sheila suddenly went into labor, she was rushed to the hospital. The doctors later informed her that her baby had been stillborn. Realizing that she needed a baby to continue manipulating Scott, Sheila hatched a new scheme. She purchased a pregnancy pad and made everyone believe that she was still expecting Scott Grainger’s baby. Soon after, Paul helped Lauren through her labor and she gave birth to a baby boy. At the same time, Sheila, who was pretending to be out-of-town, phoned Scott and announced that she had given birth to a baby boy while visiting her parents in Michigan. Sheila then arranged to return home with a baby, courtesy of a shifty baby broker.

Hightailing it to the hospital, Sheila exchanged her brokered baby with Lauren’s child. Sheila also falsified the medical records. However, she encountered a glitch when Lauren noticed that her son was missing the Grainger birthmark. But Sheila bypassed the problem by having the birthmark surgically removed from “her” baby. Scott persuaded Lauren to hasten their divorce so that he could marry Sheila. Disappointed that Scott was dumping her for Sheila, Lauren revealed that she had also just given birth to a baby boy, but that the child’s conception was the result of a extra-marital affair.

Soon after, Sheila and Scott were married in the hospital chapel. A tearful Lauren stood in the back of the chapel and watched them exchange wedding vows. Eventually, Sheila’s mom, Molly Carter, discovered her daughter’s baby switch and decided to tell Lauren the truth. On the way to Lauren’s office, Molly suffered a debilitating stroke, which left her temporarily unable to speak. When Lauren began visiting Molly, Sheila orchestrated an elaborate scheme to make it look as if Molly had attempted suicide. Then Sheila had her mother committed to a mental institution. Not long after, Lauren was overwhelmed with grief when her son died from meningitis.

Determined to have another baby immediately, Lauren seduced Paul. Meanwhile, Lauren continued to visit Molly at the sanitarium. Molly struggled to tell Lauren the truth about Sheila. When Sheila learned of Lauren’s visits, she transferred Molly to an out-of-town institution.

Chronic back pain continued to torment Nikki, who was now downing painkillers with alcohol. Jack advised his wife that she could become addicted, but she ignored his well-intended warning. Meanwhile, Victor’s and Nikki’s daughter, Victoria, who was attending a Swiss boarding school, wasn’t thrilled to learn that both her parents had taken new spouses. Victoria particularly resented her father’s bride, Ashley. Eventually, Victoria returned to Genoa City, determined to break up her parents’ new marriages. She took a summer job at Jabot and immediately became involved with a sexy young trainee, Ryan MacNeil, who was considerably older. Ryan succeeded in seducing Victoria.

Thanks to Victoria’s interference, Victor and Ashley’s marriage unraveled and they agreed to a separation. Ashley began spending time with Brad Carlton, which bothered her sister, Traci. Traci still loved Brad. Even after Ashley and Victor decided to give their marriage another try, Traci was convinced that Ashley was actually in love with Brad.

Worried that she might have become pregnant with Ryan’s baby, or had contracted the AIDS virus, Victoria shared her fears with Ashley. Ashley accompanied the nervous teenager to the doctor’s office for testing. The test results revealed that Victoria was neither pregnant or HIV-positive, which relieved her. Ashley’s interest in Victoria’s well-being inspired the young woman to finally let go of her resentment. Nikki also sought treatment for her drug addiction at a rehab clinic, but quickly signed herself out. When Victor learned the truth about Nikki’s drug dependency, he vowed to help her kick it, an act that made Victoria happy.

Traci discovered that her single night of lovemaking with Brad had left her pregnant. She feared that Brad would think that she was trying to trap him into remarriage. But Brad was delighted at the idea of becoming a father and proposed marriage. Dina Mergeron returned to Genoa City to attend her daughter’s wedding and quickly became romantically involved again with John Abbott, which enraged Jill. When John proposed remarriage to Dina, Jill hired Paul to investigate her background. Paul uncovered information about Dina’s various affairs, held while she was supposed to be recovering from tuberculosis in a sanitarium. Jill presented the damaging file to John, who immediately canceled his wedding to Dina. She left town shortly afterward. And Jill found herself competing with Leanna Love for John’s romantic interest.

Olivia worried that Nathan was falling for Dru’s charms. To hide her real feelings, Dru pretended to be involved with Neil Winters, an executive trainee at Jabot Cosmetics. But to Dru’s surprise, Neil admitted that he was attracted to Olivia. When Olivia and Nathan announced their plans to marry, Dru reluctantly agreed to serve as maid of honor because she knew this would please her father. After Olivia married Nathan, Dru shifted her interest from ballet to modeling. She also found herself attracted to Neil, who was still intrigued by Olivia.

David Kimble realized that the only way he could get his hands on Nina’s fortune was to adopt her son, Phillip. David tried to pressure Nina into agreeing to the adoption, but she resisted because of conflicting information from her pals, Danny and Chris. They were worried that Kimble would kill both Nina and Phillip once the adoption became legal.

Digging into Kimble’s background, Chris came across a photo of Rebecca, wearing a broach that looked exactly like the one that David had recently given Nina. In the photo, Kimble was identified as Rebecca’s husband, Tom. Chris arranged to meet with Nina to break the news about David, but Nina had already learned of her husband’s secret from his lover, Diane. Nina also discovered that David was plotting to murder both her and Phillip.

Infuriated, a crazed Nina fired five gun shots at her husband. Kimble survived his wounds, but pretended to be paralyzed. Nina was arrested for trying to kill him. Terrified that she would be forced to serve a lengthy prison term, Nina fled Genoa City with her son and hid out with her mom, Florence Webster, in Detroit. Chris tracked Nina down and convinced her to return to Genoa City. But Nina skipped town again and her trial began without her. Eventually, Nina returned and attended her court hearing, she was accompanied by her mom, who came to Genoa City to give her daughter emotional support. While on the witness stand, Nina testified that she shot David out of self-defense because she was convinced that he wanted to kill her and Phillip. Her emotional testimony moved the jury and they found her not guilty.

Soon after, David faked his own death in a hospital fire. But a plastic surgeon, who David had pressured into altering his features, outwitted Kimball by carving the word “KILLER” on his forehead. With the help of a make-up artist, Kimball covered the incriminating word with make-up and created a new disguise for himself. Posing as “Jim Adams,” Kimble began dating Flo, which ensured that he would be able to keep a constant eye on Nina. David even married Flo and manipulated Nina into changing her will so that he and Flo would be co-beneficiaries in the event of Nina’s death. At a masquerade ball, where Nina, Danny and Chris were also guests, David attended with the intent of killing them. But David’s former mistress, Diane, learned of his plan and replaced the bullets in his gun with fake ones. While David was being pursued by the police, he met his untimely death in a trash compactor.