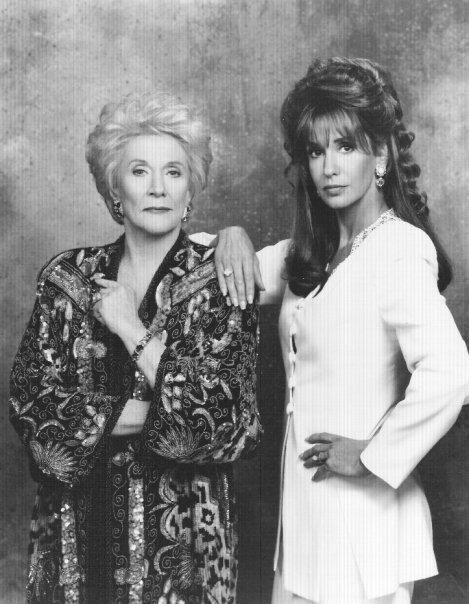 Lauren placed a personals ad in the newspaper, which was designed to discover Faren’s true identity. Thanks to the ad, a man showed up, who introduced himself as Evan. Evan said that he was determined to get in touch with the Faren–the mystery woman in the ad–claiming that she was missing wife, Michelle. Lauren, however, was reluctant to assist Evan because she worried that Paul would be angry at her for meddling in Faren and Andy’s marriage. Lauren also fretted that Evan’s appearance would create complications for Andy and Faren.

Evan managed to locate Faren on his own, however, she couldn’t remember him or their daughter, Betsy. Evan finally accepted Faren’s memory loss and prepared to return home. But Faren’s memories of her former life, as Evan’s wife and Betsy’s mom, began to return.

Paul Williams finally forgave Lauren for submitting a nude photo of him to the magazine that published it as a centerfold. He also proposed that they remarry. Initially, Lauren turned down his proposal, but then had a change of heart. However, Paul decided that remarrying might not be the best thing for either of them.

Lauren focused her attention on Brad Carlton. While Brad’s wife, Traci, was away at Stanford Lauren told Brad that Traci’s former lover, Tim, was also at Stanford. Believing that his wife was having an affair, Brad allowed himself to be seduced by Lauren. Eventually, Traci returned to Genoa City and reconciled with Brad. Despite the reconciliation, Lauren was intent on continuing her affair with Brad.

After getting her ex-husband John’s approval, Jill Abbott launched a new men’s line of products under the Jabot banner. Although Jill approached her new project with enthusiasm, her personal life was in a shambles. To Jill’s disappointment, Phillip made it clear that he was interested in remaining at Katherine Chancellor’s home. Jill waged a custody battle for Phillip, which caused several unseemly details to surface, such as Katherine’s move to take away Phillip’s hefty inheritance when he was still a small boy. Despite what happened in the past, Phillip chose to stay with Katherine because she provided him with a level of security and attention that he had never received from Jill. To get back at Katherine, Jill hired a homeless man–whom she christened Rex Sterling– to pose as a wealthy gentleman and romance her nemesis. Meanwhile, Katherine also bribed a photographer to lavish Jill with attention.

Phillip was befriended by Cricket Blair and Nina Webster. Eventually, Phillip’s feelings for Cricket went beyond friendship. But Cricket didn’t return his affections because she was dating Danny Romalotti. Meanwhile, Nina waged an aggressive campaign to win Phillip’s heart. She soon had competition. Cricket and Danny agreed to date other people for the summer, and Cricket fell in love with Phillip.

During Phillip’s and Cricket’s romance, Phillip began drinking to give himself confidence. One evening, while driving Cricket home, Phillip got into an accident. Cricket told authorities that she was driving so that Phillip, who was under the influence of alcohol, wouldn’t be arrested. The negative publicity nearly cost Cricket her job as a model at Jabot. But Phillip, who had no recollection of the accident, ultimately assumed responsibility after Danny told him what actually had happened. Cricket temporarily moved into Katherine’s home to lend Phillip emotional support as he struggled to quit drinking. But the circumstances created tension and the young lovers found themselves quarreling. One evening, while Cricket was enjoying an innocent visit with Danny, Nina got Phillip drunk and seduced him.

Cricket was forced to make a decision between Phillip and Danny when both young men proposed marriage to her. While Cricket was struggling to make up her mind, Nina schemed to win Phillip. Shortly after Cricket resolved to accept Phillip’s proposal, Nina broke the news about their sexual encounter. The ploy nearly worked. Hurt by Phillip’s infidelity, Cricket arranged to return his engagement ring. At the last moment, Cricket realized how deeply she loved Phillip and she proceeded with plans to marry him. Both Katherine and Jill were delighted by the news. Nina, however, still had a trump card she hadn’t played. To Katherine’s and Jill’s horror, Nina announced that she was pregnant with Phillip’s baby.

Victor Newman continued to provide comfort to Nikki, who was stricken by a potentially life-threatening illness. Ashley Abbott, who was pregnant by Victor, declined Matt Newman’s proposal. Instead, she aborted Victor’s baby. When Victor discovered that Ashley had been pregnant with his baby and had had an abortion, he berated her. Traumatized, Ashley suffered a nervous breakdown in New York City. Since she wasn’t carrying any identification, Ashley ended up in an overcrowded mental institution, where she was treated by Dr. Lassister.

Eventually, John Abbott located his daughter, Ashley, in the New York mental institution. He arranged for her return to Genoa City. Meanwhile, Dr. Lassister, who had fallen in love with his patient, also moved to Genoa City so that he could pursue a romance with Ashley.

Nikki discovered that she was facing a possible terminal disease. Determined to make sure that her daughter, Victoria, had a mother figure in her life, Nikki ultimately accepted Ashley’s romance with Victor. But before Nikki could step aside, and open the door for Victor and Ashley to reconcile, Nikki’s doctor announced that her disease was in remission. Overjoyed, Nikki rushed to tell Victor the news. When Nikki arrived home, she accidentally saw Victor embrace Ashley.

Jumping to the wrong conclusion that Victor and Ashley were lovers again, Nikki decided that Victor was only with her because of her disease. Angered, she also decided not to tell Victor the news about her clean bill of health. She resumed her affair with Jack Abbott and conspired with him to have Victor sign over his shares of the Mergeron stock to her. Victor’s close friend, Douglas Austin, accidentally discovered Nikki’s involvement with Jack. Soon after, Nikki came down with a bad case of food poisoning and she was rushed to a doctor. Talking to Nikki’s doctor, Victor inadvertently discovered that her disease was in remission. Outraged by her deception, Victor announced that he was filing for divorce. And he was left hoping that there was still time for him to reconcile with Ashley