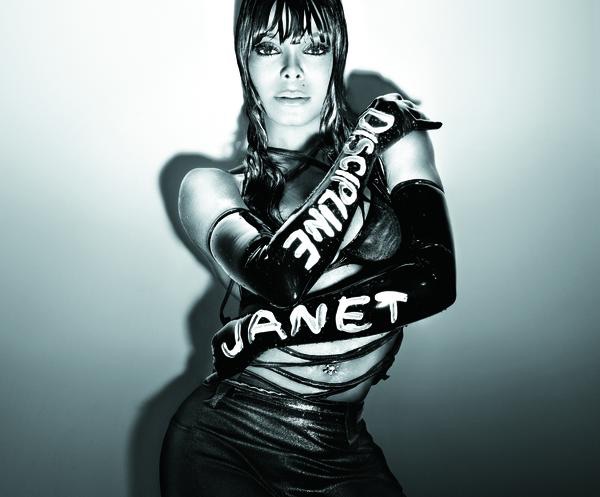 “Let Me Know” : Bonus track from the japanse edition.

Others songs from this era

Official release :  The video and behind the scenes footage is featured on a DVD included with the deluxe edition of Jackson’s Discipline album. It’s also on Janet’s You Tube official page.

Peak on Hot 100 Billboard : not eligible

Official release :  Never released on DVD but on Janet’s You Tube official page.

June 25, 2007 : Janet attends  Ertha Kitt’s 80th birthday celebration at the Carnegie Hall  in New York City and then she goes the nightclub Butter.

July 25, 2007 : Janet attends The Simpsons movie party at The Forge in Miami Beach.

September 7, 2007 : Janet & Gil attend the match between Venus Williams of the U.S. and Justine Henin of Belgium at the U.S. Open in Flushing Meadows, New York.

September 12, 2007 : Janet attends a private party in Malibu held by the Recording Academy to celebrate Jimmy Jam being named as the academy’s new Chair of the Board.

October 4, 2007 : Janet gives a press conference in Beverly Hills. At night she attends the Los Angeles premiere of “Why Did I Get Married?”  at the Cinerama Dome  in Hollywood with L.A Reid, Tito & Jermaine Jackson.

October 9, 2007 : Janet  & JD attend the New York premiere of “Why Did I Get Married?” and later they go to the “We Own The Night” after-party at The Bowery Hotel.

New interview of Janet on BET Movie Special about WDIGM.

October 10, 2007 : Janet and JD attend the 5th Anniversary of In Touch Magazine at Tenjune in New York City with Kayne West among others.

Later they tape an appearance on 106 & Park with Jill Scott.

Janet is a guest on Live with Regis & Kelly.

Janet’s appearance on 106 & Park is aired on BET

October 15, 2007 : Janet  tapes an interview on the Ellen DeGeneres Show

Later she attends the book release party for Jermaine Dupri’s new autobiography “Young, Rich, and Dangerous: The Making of a Music Mogul” at Marquee in New York City.

October 17, 2007 : Janet’s appearance on the Ellen DeGeneres Show is aired.

October 22, 2007 : Janet attends the 11th Annual Hollywood Awards at the Beverly Hilton Hotel in Beverly Hills, California. She presents the award for Hollywood Ensemble Acting of the Year to the cast of “Hairspray.”

October 24, 2007 : Janet and JD are guests at Frederick’s of Hollywood 2008 Spring Collection Fashion Show at the Hollywood Palladium. Later they attend JD’s book release party hosted by Brett Ratner at the Pacific Design Center in L.A.

October 31 , 2007: Janet calls several radios in the morning. At night she attends an Halloween party hosted by JD ar his privately owned club Studio 72 in Atlanta.

November 2007 : Janet makes a photoshoot for the cover and booklet of her new album at the Pier59 studios in NYC with Singaporean fashion photographers Chuando & Frey Ow.

Early December 2007 : Janet makes a new photoshoot and gives an interview for the January issue of Prestige Hong Kong magazine.

Janet’s new album will be titled “Discipline” and will be released in the United States on February 26, according to a press release issued by Island Def Jam.

January 2, 2008 : Extra & Access Hollywood air new interviews of Janet on the set of the Feedback video.

January 4, 2008 : Back in New York City Janet gives a series of interviews.

January 6, 2008 : Janet makes a photoshoot for an upcoming cover of VIBE magazine at Milk Studios in NYC.

January 11, 2008 : Janet is gracing the cover of this weeks Billboard Magazine issue with a new interview.

January 15, 2008 : The mailinglist from Janet Jackson’s official website e-mails all of its subscribers  with the official cover of the Discipline album.

January 16, 2008 : L.A REID premieres 8 songs from the Discipline album during a listening party in London.

In a recent interview of french magazine Mademoizelle Janet reveals that the production part of her upcoming tour is already complete.

Janet is currently in rehearsals for her new video, “Rock With You”. The song will be released officially to radios in the next few weeks and the video is scheduled to be finished shooting in America within 2 weeks.

February 5, 2008 :“Rock With U” is released digitally as the 2nd single from “Discipline”.

February 7, 2008 : Janet is gracing the cover of PARADE magazine with a new photoshoot/interview.

Janet, along with celebrety blogger Perez Hilton, makes a surprise appearance at the weekly gay dance party TigerHeat  which is held at the Arena nightclub in Los Angeles

Janet visits the KIIS FM studios in L.A and gives a live interview on the Ryan Seacrest Morning Show.

February 14, 2008 : Janet & JD attend the NAACP Image Awards at the Shrine Auditorium in  Los Angeles  where Janet wins the award for Outstanding Supporting Actress for her role in “Why Did I Get Married?”. She also presents the special “Hall Of Fame” award to Stevie Wonder.

February 19, 2008 : Janet shoots the video for “Rock With U” directed by Saam Farahman in Los Angeles.

Janet is  named MTV’s artist of the week and she appears in a  group of 9 skits for MTV’s 52 Bands/52 Weeks series directed by Joel Schumacher and featuring Janet with the Kids.

In NYC, Janet tapes an interview on the Tyra Banks Show and makes an apperance on BET 1O6 & Park.

February 27, 2008 : The album DISCIPLINE is released in Japan with a bonus track.

Janet goes to Culver City at Smashbox Studios to make a photoshoot for next month’s issue of Blackbook Magazine.

Janet gives an interview on the Larry King Show on CNN.

Janet is a guest on ABC’s Jimmy Kimmel Live.

The video for “Rock With U” is premiered on BET’s Access Granted.

May 5, 2008 : Janet & JD attend the Metropolitan Museum of Art’s Costume Institute Gala in New York City which celebrates the opening of “Superheros: Fashion and Fantasy.

May 8, 2008 : Janet performs “Rhythm Nation” & “Luv” at the United America Concert at the Del Mar Beach in Camp Pendleton for 50,000 Marines, sailors and their families.

May 19, 2008 : On today’s episode of The Ellen DeGeneres Show, Janet announces that she will be kicking off the Rock Witchu Tour on September 10 and she asks the fans to help pick the songs they’d like to see her perform on the tour by calling (323) 622-8139 with their suggestions.

A new official fan club has been created for Janet at www.janetfanclub.com.
The website states that members of the club will receive early access to tickets for the Rock Witchu Tour. The Tour Club, as it is called, apparently was created solely for this purpose.

Via satellite, Janet accepts the Always Next, Forever Now Award for being a friend to the LGBT community at  Logo NewNowNext Awards.
The show will air on Logo on Saturday, June 7 at 9:00 PM ET.

May 20, 2008 : Entertainment news show Extra has filmed a new interview with Janet that will air sometime next week

May 21, 2008 : Live Nation issues a press release to officially announce the Rock Withu Tour. The release lists a few of the tour dates with more to be announced soon.

June 2, 2008 : In NYC, Janet tapes an episode on MTV’s TRL and then an episode of BET’s 106 & Park. She also gives an interview to Entertainment Tonight.

At night, she presents the Humanitarian Award to Pauletta and Denzel Washington at the 2008 Apollo Theater Hall of Fame Induction Ceremony.

June 3, 2008 : Janet makes a surprise appearance this morning on  The View which airs live on ABC and she surprises host Serri Shepherd with free tickets to her upcoming tour.

June 5, 2008 : Janet’s interview in Entertainment Tonight is aired on CBS

In a teleconference with a select group of blogger, Janet reveals that IDJ has stopped the promotion for “Discipline” and there won’t be a new single.

She also says that her upcoming book, due in November, will be titled “Me”.

June 14, 2008 : The episode of Nickelodeon’s Dance on Sunset which Janet filmed last month is aired on Nickelodeon.

Janet accepts it via video, which is played during the award presentation:

June 16, 2008 : In a new message left through her phone service at SayNow.com, Janet reveals that she has completed the first week of tour rehearsals and that she will also be bringing the Rock Witchu Tour to Europe.

June 30, 2008 : Janet & JD attend the Dior ’09 Spring Summer Haute Couture fashion show this afternoon in Paris, which is apart of Paris Fashion Week. At the show, she tells the Associated Press that she has been busy preparing for the launch of her own line of lingerie later this year.

August 10 , 2008 : Janet attends the premiere of Star Wars: The Clone Wars at the Egyptian Theatre in Hollywood.

August 13, 2008 : JD posts a video of himself at Janet’s tour rehearsals on his You Tube page.

August 20, 2008 : It is announced that Janet has teamed with Bruno Schiavi, the Australian lingerie designer, for her own lingerie line named Pleasure Principle which should be launched later this year.

August 31, 2008 : JD posts another video of himself backstage at Janet’s tour rehearsals. In the video, Janet reveals that LL Cool J will be her opening act on the tour.

September 4, 2008 : Janet holds a conference call with a select group of reporters to promote the Rock Witchu Tour.

In the evening, Janet presents Tito, Jackie, Marlon and Randy with the lifetime achievement BMI Icon Award in Beverly Hills.
Following the acceptance of the icon award, the Jackson brothers posed on stage for photos with father Joseph, mother Katherine and sisters Janet, LaToya and Rebbie.

Michael and Jermaine do not attend the presentation.

September 10, 2008 : Janet kicks off the Rock Witch Tour at the General Motors Place in Vancouver, Canada.

September 11, 2008 : ET airs an interview of Janet from backstage in Vancouver.

October 9, 2008 : The Tyra Banks Show goes behind the scene at Janet’s concert in Las Vegas.

October 22, 2008 : In a new  video posted on JD’s YouTube page  which was filmed last night from the backstage of the concert in Houston, Janet thanks everyone for their support and she and JD deny tabloid rumors that they have broken up.

November 4, 2008 : Janet’s representatives officially announce that they will not reschedule any of the remaining postponed dates of the Rock Witchu Tour. The announcement states that the concerts are not being rescheduled “due to conflicts in the singer’s schedule.”