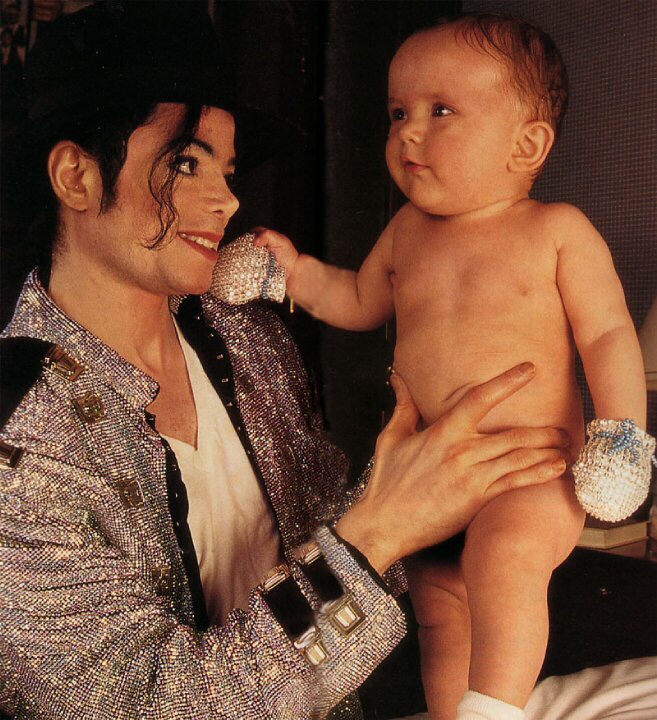 Michael’s head of security Bill Bray retires after 26 years by his side. Wayne Nagin takes over his position.

Jonathan Spence gets married at Neverland Valley Ranch. Michael is not able to attend because he is in Europe.

After nine years of inactivity, Rebbie signs to MJJ Music in 1997, a label operated by her brother Michael. She receives a major boost from Michael, who assisted in the production of the album, and provides backing vocals on the track “Fly Away,” which Michael had previously recorded for himself in 1987 for his album Bad, but it did not make the final cut. The album featured a number of producers some of whom included Eliot Kennedy, Bryan Loren, Keith Thomas, Antonina Armato and brother Michael Jackson.

January : Janet & Rene go to Minneapolis to start working on the new album with Lewis & Jam but they decide to fly back to California because of the bad weather.

January 2 : Michael arrives in Hawaii where he is welcomed by 150 local dancers + 200 fans. He soons joins Joe & Katherine who came especially for him.

January 3 & 4 : Michael finishes the first leg of the History World Tour by performing 2 huge concerts at the Aloha Stadium in Honolulu .

Many family members attend the show including Katherine & Joe.

Mid January : Michael goes to Los Angeles & Montreux, Switzerland, to complete work on the “Blood On The Dance Floor” compilation.

He changes his management team by replacing Sandy Gallin with Tarak Ben Ammar from Kingdon Entertainment.

February 4 : Michael goes to a courtroom in Rome to testify that he didn’t steal Will You Be There from Italian artist Al Bano.

February 13 : Debbie Rowe gives birth to Prince Michael Joseph Jackson Jr, first child of Michael, at the Cedar Sinai Medical Center of Los Angeles. Michael attends the birth and then takes his son to Neverland. Grace Rwaramba and Pia Bhatti are hired as Prince’s nannies. Pia moves to Neverland with her husband and their kids Shasta & Omer.

February 16 : Michael attends a gala to celebrate Elizabeth Taylor’s 65th birthday in Los Angeles. For the occasion he performs a song that he just recorded in Montreux called “Elizabeth I Love You” and gets a standing ovation by the galaxy of stars attending the event.

Late February : Michael hosts a Jackson Family Day at Neverland to introduce Prince to the clan. Janet who is in studio in Minneapolis can’t attend the party. LaToya is not invited.

March 18 : Michael’s attorneys Zia Modabber & Steve Cochran announce that a jury in Santa Maria has dismissed the complaint of 5 former employees of Neverland who claimed they were fired because “they knew too much”…

March 21 : Michael attends a Sony Conclave in Marbella, Spain where he is presented with a special award from Sony Music, for 100 million singles sales internationally outside the USA, since his first solo career album with Epic Rec in 1979.

The BOTDF single is released. The song becomes a top ten hit in almost every European Union state. “Blood on the Dance Floor” peaks at number one in the UK, Spain and New Zealand, charting for 11 weeks in the latter two nations.

March 25 : British magazine OK gets a world exclusive by publishing the first ever official pictures of Michael & Debbie with their son Prince (at Neverland) accompanied by a candid interview of the couple.

April 2 : The “Blood On The Dance Floor” short film is premiered on VH1.

Michael arrives in Disneyland Paris with Grace & Prince where he rehearses for the History Tour.

April 20 : Michael attends the innauguration of his wax statue by french artist Mime Marceau at the Musée Grevin in Paris . He is accompanied by his new Manager Tarak Ben Ammar.

May 2 : Michael arrives in Munich, Germany with Tarak Ben Ammar. He is presented with a plaque from soccer club 1860 Munich, as well as a blue and white soccer-shirt saying ‘Michael Jackson’ on the back, at the Munich Olympic Stadium. MJ attendS a press conference for the History Tour at the Munich stadium.

May 3 : Michael visits his former tour promoter Marcel Avram in a Munich jail.

May 5 : Michael & Tarak Ben Ammar attend the Italian TV Award Ceremony Telegatti in Milano where Michael presents an award with Luciano Pavarotti. Michael works on a duet project with Pavarotti Called “What More Can I Give”.

May 6 : Michael flies to Cleveland, Ohio, to be inducted in the Rock & Roll Hall Of Fame in a special Presentation with His bothers by Diana Ross & Berry Gordy! Joe, Katherine & Barry Gibb are also present at the event. Randy does not attend the presentation.

May 8 : Michael flies back to Europe to attend a midnight private presentation of his “Ghosts” short film at the Cannes Film Festival with Stan Winston & Tarak Ben Ammar among others.

May 14 : The “Blood On The Dance Floor” compilation is released worldwide.

May 27/28 : Michael goes to to study a project of amusement park for Kingdom Entertainment.

May 29 : Michael arrives in Bremen, Germany with Tarak Ben Ammar and they attend a press conference.

Prince Michael Jr is taken to a Paris hotel suit where he is taken care by his nannies Grace 1 Pia. Michael joins him after each concert of the European tour. Debbie also flies every week end to spend time with Michael & their son.

May 31 : Michael kicks off the European leg of the History Tour with in Bremen.

June 14 :Michael attends the 30th anniversary of Phantasialand in Cologne with Anton and Francesca Schleiter.

July : The double single “History”/”Ghost” is released in Europe.

July 2 : Michael takes Debbie & Prince to Vienna where he performs in concert

July 4+6 : Concerts in Munich (attended by Debbie). While in Munich Michaels is injected with Propofol by 2 Germain doctors to help him get some sleep.

Janet is presented with an award from the Spelman College .

July 11 : While a pregnant Debbie returns to L.A , Michael goes to London where he is joined by his ex wife LIsa Marie!

July 13 : Janet & Rene offer a special preview of 4 songs from the new album during a fan meeting.

August :  Janet completes the recording of the “Velvet Rope” album.

She auditions the new Kids which include Tina, Shawnette, Kelly, Nikki and a 17 years old dancer named Gil Duldulao who will eventually become Janet’s choreographer and best friend.

Janet shoots the video for “Got Til It’s Gone” directed by Mark Romance.

The single “Got Til It’s Gone” is released to radios.

August 29 : Concert in Copenhagen on Michael 39th birthday. A huge cake is presented to him on stage!

September 1 : After hearing the tragic death of his friend Princess Diana, Michael cancels his concert in Ostend .

September 3 : Michael finally performs in Ostend and dedicates the concert to Lady Di.

Janet & Rene attend a listening party of the “Velvet Rope” album in NYC with many celebrities in attendance including Naomi Campbell & Lisa Marie Presley (who makes a cameo on one of the interludes).

September 4 : The video for “Got Til It’s Gone” is premiered on MTV.

September 6 : Last concert of the European tour in Valladolid .

September 7 : Michael gives an interview for US TV show 20/20 with Barbara Walters from his Parisian hotel. The interview is aired a few days later on ABC.

September 9 : Janet & Rene attend a “Velvet Rope” Listening Party at Sony Pictures Studio in Culver City with Katherine & the 3T among others.

September 13 : Michael attends a public service for Diana in a Los Angeles church.

September 17 : Janet unveils her wax statue at the Rock Circus and later she tapes two performances of Got Til It’s Gone for Top Of The Pops (which airs on September 20).

September 22 : “Got Til It’s Gone” is released as the 1st single from ” The Velvet Rope”. The song is not released as a commercial single in the US, making it ineligible to appear on the Billboard Hot 100 and several other charts under the chart rules that existed at that time.

September 24 : In Paris Janet & the Kids perform Got Til It’s Gone at Graines de Star TV show on M6.

September 25 : Janet is a guest on french TV show Nulles Part Ailleurs on Canal + but she doesn’t perform.

At night, she attends a Velvet Rope Listening Party at the Budha Bar in Paris with Rene & the Kids.

October 3 :  Janet & her entourage fly back to NYC.

October 4 + 6 : Michael performs 2 concerts in Cap attended by Nelson Mandela among others.

October 6 : The “Velvet Rope” album is released in Europe.

October 7 : The “Velvet Rope” album is released in the US.

Janet makes a CD signing session at the Virgin Megastore on Times Square.

October 11 : Michael is made honorary member of a tribe in Phoheng. His parents Joe & Katherine, Omer & Lisa Marie attend the event.

October 15 : 82nd and last concert of the History World Tour in Durban

October 16 : Michael Leaves Africa and goes back to Neverland with Omer Bhatti.

October 17 : Janet performs Together Again on Top of The Tops in London, England.

October 31 : Dr Sasaki performs surgery on Michael to reduce the width of his scar on the scalp.

Early November : Janet goes to Chicago with Rene & the Kids to tape an interview on the Oprah Winfrey Show. She also performs “Got Til It’s Gone” & “Together Again”. During the interview Janet reveals that she has not seen not spoken to Michael since december 1995.

LaToya is a guest on the RuPaul Show on VH1 where she speaks for the first time of her reconcilation with the family.

November 18-23 : Michael goes to Seoul in to support Kim Dae-Jung at the presidential elections
Michael & Prince Michael Jr are on the cover of LIFE magazine with a special photo story at Neverland.

November 25 : Debbie Rowe gives an interview to KNBC filmed at Neverland where she denies tabloid rumors of an affair between Michael & Lisa Marie & announces that she is pregnant with a baby girl that she & Michael want to name Paris Michael Katherine.

Late November/Early December : “Together Again” is released as the 2n single from “The Velvet Rope”. It peaks at #1 on Hot 100 Billboard. Janet, Rene & the Kids go back to Europe to promote the single :

-Rome (Italy)  : Janet performs Together Again on Fantastico 8 which airs on November 29.

A box set is released in Europe containing the “Ghost” short film on VHS + the unreleased song “On The Line” from the Spike Lee movie soundtrack “Get On The Bus”.

Janet is on the cover of Ebony magazine with new pictures and a new interview where she reveals that she recently reconnected with LaToya.

December 17 : Michael visits british boxer Prince Naseem at a gymnasium in New York .
While in New York , he meets Puff Daddy to speak of a possible collaboration together.

December 24/25 : Michael celebrates Christmas at Neverland with Grace, Prince, the Cascios & the Bhattis. Debbie Rowe, who is 5 months pregnant, visits them