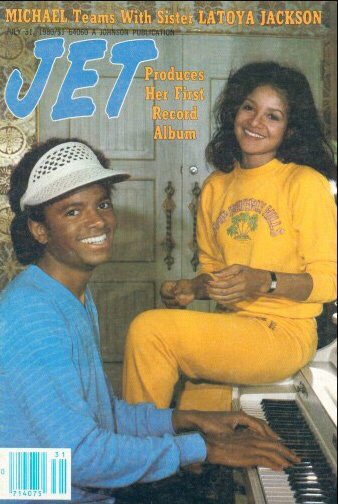 Michael spends several weeks in New Hampshire on the set of the movie “On Golden Pond” visiting his friend Jane Fonda and while there he forms friendships with the movie’s other stars Henry Fonda & Katherine Hepburn.

Bill Bray hires a new bodyguard names Wayne Nagin who will go on working for Michael until 2000!

Michael films a series of TV commercials for Japanese motorbike “Suzuki” titled “Love Is My Message”.

Randy leaves Hayvenhurst and moves in with his girlfriend Julie Mijares.

January : Michael’s interview with Sylvia Chase from November 1979 is aired on ABC’s 20/20 and features live songs from the Destiny Tour (filmed at the Uniondale concert on November 8, 1979).

January 11+12+13 : The Jacksons perform the last 3 concerts of the Destiny World Tour at the Neal S. Blaisdell Arena in Honolulu.

January 18 : Michael attends The American Music Awards in L.A where he is presented with three awards for “Off The Wall” and he presents one to the Bee Gees.

January 27 : Michael attends the NAACP Awards where The Jacksons receive the Image Award for best singing group of the year.

January 29 : Michael performs Rock With You & “Don’t Stop Til You Get Enough” at a UNICEF benefit concert organized by Jane Fonda for Cambodian relief at the Dorothy Chandler Pavillon at the Music Center in Los Angeles.

February 4 : Randy is seriously injured in a car crash in Hollywood, California. He almost looses a leg but after 6 months and 7 operations, he finally manages to walk again..

February 27 : Michael boycotts the Grammy Awards because Off The Wall was not nominated for best album of the year. He watches the ceremony at home with Katherine, Janet & LaToya. He wins his first Grammy but vows that his next album won’t be ignored…

March : Michael is on the cover of Melody Maker with an exclusive interview.

March 6 : Michael performs When You Wish Upon A Star and Ease On Down The Road in Disneyland for a Disney Channel Special celebrating the 25th anniversary of the Magic Kingdom.

April 19 : Epic releases “She’s Out Of My Life” the 4th single from Off The Wall. It will peak at #10 on Hot 100 Billboard. Michael shoots a video for the song directed by Bruce Gowers.

Michael becomes the first solo artist in to chart four top 10 singles from the same album!

May: Dave Mason’s album including the song Save Me featuring Michael on backing vocals is released.

May 26 : LaToya’s debut single “If You Feel The Funk” is released  by Polydor.

Janet is one of seven people credited with providing handclaps on LaToya’s track “If You Feel The Funk”. She also co-writes the song “Lovely Is She” with LaToya.

July 16 : Epic releases the single “Girlfriend” (written by Paul Mac Cartney) only in the UK.

July 31 : Michael is on the cover of Jet magazine with sister LaToya.

“Night Time Lover” by LaToya Jackson is released on Polydor. The song was written, composed and produced by Michael who also sings the background vocals. It’s the second single from her first album titled “LaToya Jackson”.

September 3 : In recognition of their contribution to music , The Hollywood Chamber of Commerce honour The Jacksons with a Star on Hollywood Boulevard’s “Walk Of Fame”.

September 27 : Epic releases “Lovely One”, first single from the upcoming “Triumph” album. It will peak at #12 on Hot 100 Billboard.

October : Michael appears in Gentleman’s Quaterly with a minor interview.

“Hotter Than July” by Stevie Wonder featuring the song “All I Do” with backing vocals by Michael is released on Motown.

November : Janet joins the cast of  “Diff’rent Strokes” sitcom on NBC. She plays the character of Charlene DuPrey, Willy’s girlfriend.

November 8 : LaToya performs “If You Feel the Funk” and “Are You Ready” on the Soul Train Show.

December 5 : Epic releases “Heartbreak Hotel” 2nd single from the Triumph Album. It will peak at #22 on Hot 100 Billboard.

December 13 : LaToya performs “Night Time Lover” and “If You Feel The Funk” on American Bandstand.